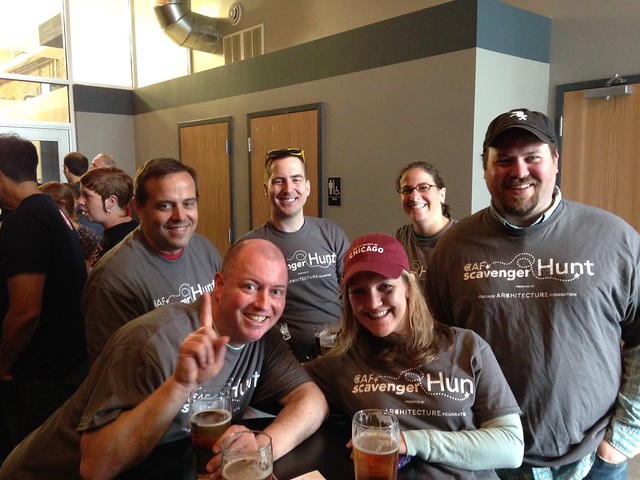 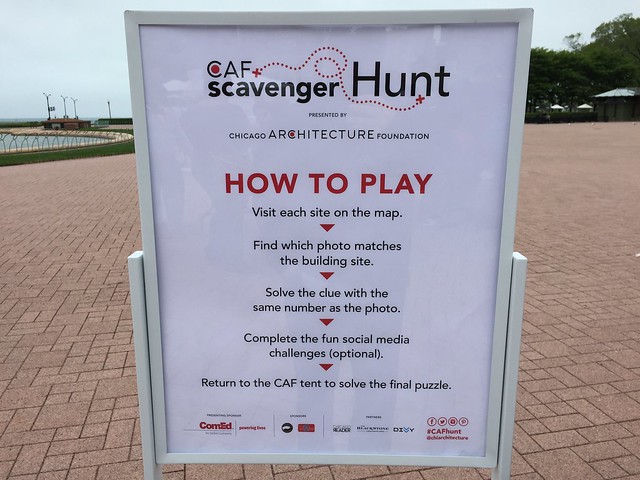 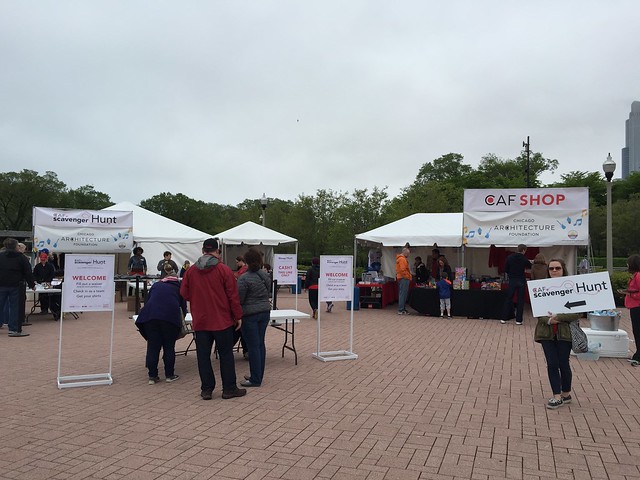 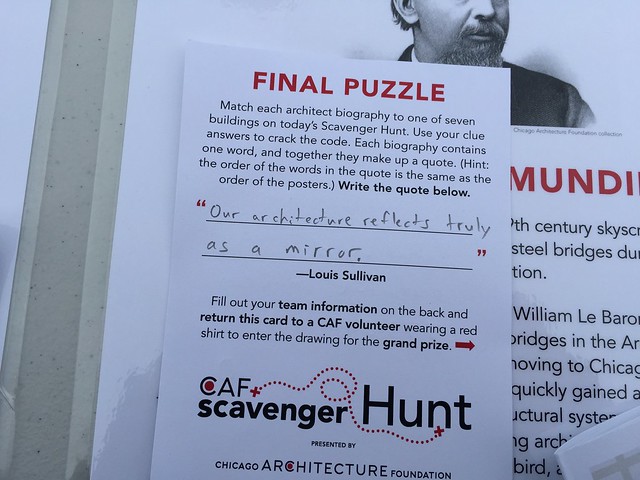 This past Saturday I participated in the Chicago Architecture Foundation’s 2nd Annual Scavenger Hunt which took place in the Loop and South Loop neighborhoods. There was a group of six of us with Julie and I participating on separate teams. The scavenger hunt consisted of a map with 23 buildings listed A through W, a set of 23 pictures listed 1 through 23 and then a set of 23 clues (one for each building). Finally there was an answer card to enter all of your answers, one letter from each answer then made up a final question. So the idea was to find the picture of the building, which led you to the clue, then to the building to locate the answer and write it on the answer card. Once the answer card was complete it would spell out a final puzzle. Once you had the final question you returned to the starting point and then had to answer another question that was similarly complicated. My team got a late start but as seasoned competitors we were able to make up lost ground and more or less ran away from the field. I believe our total time was about an hour and thirty minutes, though this was not a timed event. Out of our three teams we placed 1st, 2nd and 4th. 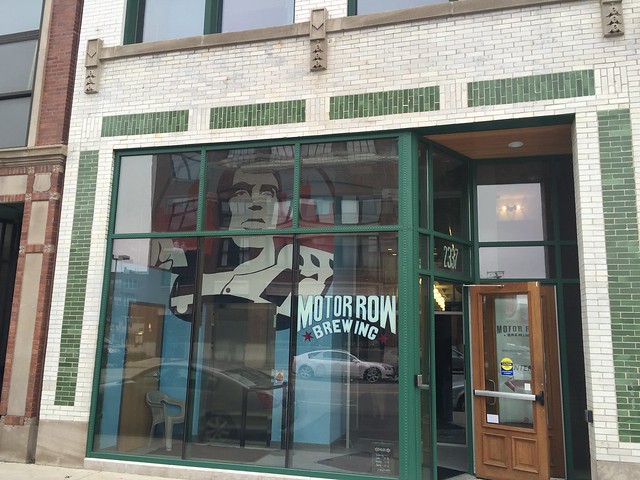 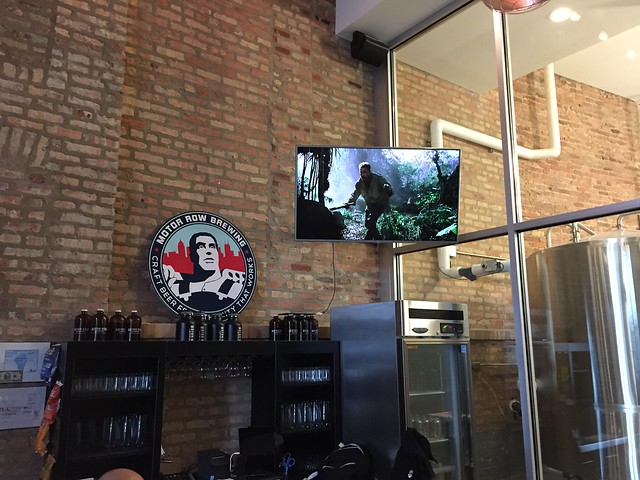 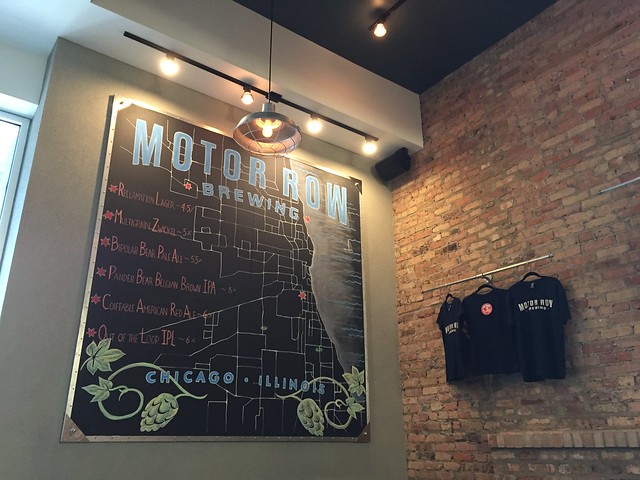 After the event we headed to a new brewery in the Motor Row District which is just south of the South Loop near McCormick Place. I believe Motor Row Brewing opened in January of this year. It’s a small place but they will be expanding their tap room to a second floor that will hold 60 people later this summer. 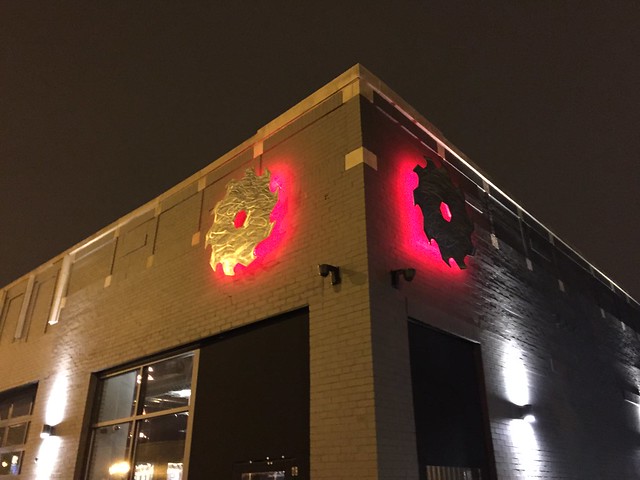 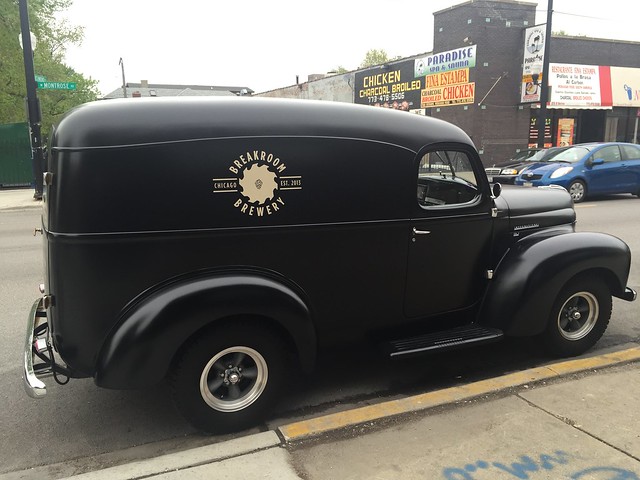 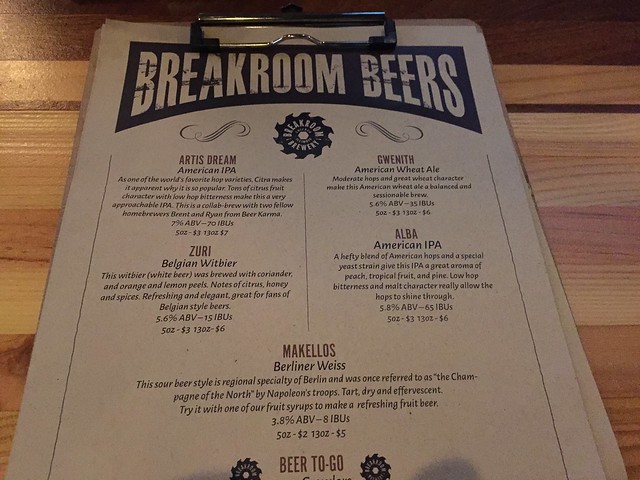 After Motor Row we headed to Breakroom Brewery for dinner which is just Southwest of Ravenswood on the Northside. Breakroom is connected to a Heineman Bar Company which is a craftsmanship that specializes in the construction of bars. Quite a bit of a wait for a table but the food was worth it. Plus the Montrose Saloon is across the street.