Yesterday I met up with a friend who was in town for the Cubs – Pirates game at Wrigley Field.  I’m not sure how Dave was able to get tickets but they were probably the best seats I’ve ever had at Wrigley.  Definitely up there with the seats I had at the Dodgers game last year.  Having these seats provided us with the opportunity to see  some of the best beermen in the business. The Rickshaw business around Wrigleyville is booming.  The bicycle rickshaws, which are much more common, setup shop right outside my house on game days.  today on my walk home I spotted this classic rickshaw.

I’m pretty sure that’s Lebowski looking for a fare.

The Modern Face of Piracy 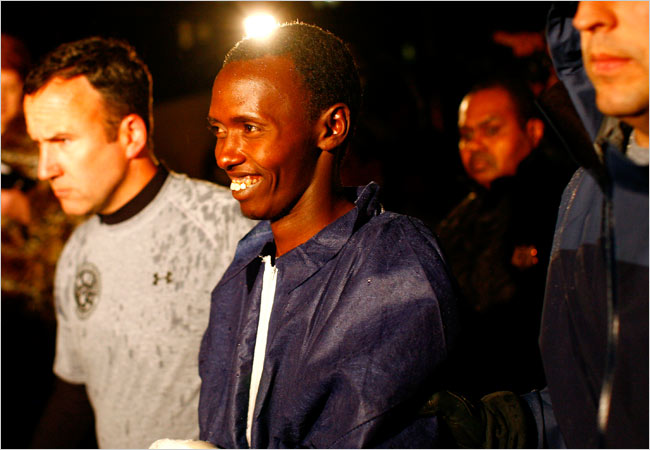 This is Abduhl Wali-i-Musi, modern day pirate and sole survivor of the failed hijacking of the Maersk Alabama.  Wali-i-Musi was captured before his fellow pirates were killed by Navy Seals last week.  Musi arrived in New York City last night and will be arraigned on Piracy charges next week in what is probably the first piracy trial in over 125 years.

As you can tell by the guy escorting Wali-i-Musi, we as a nation mean business when it comes to Piracy.