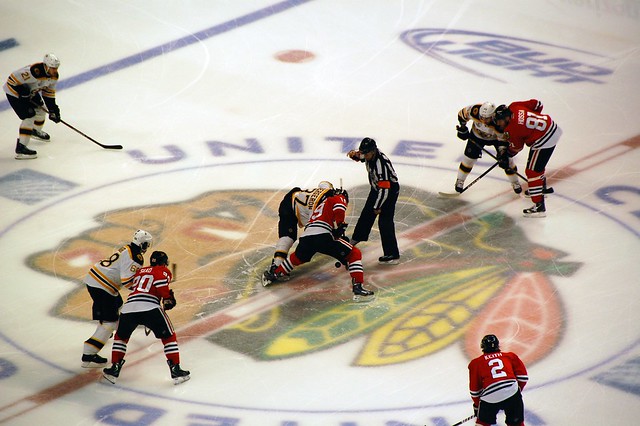 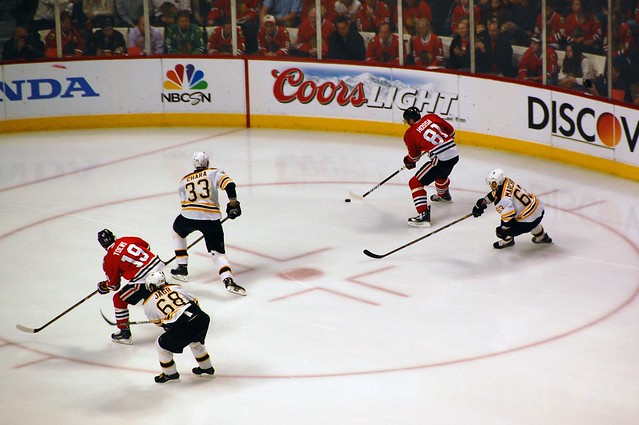 After missing game 1 due to weather and air travel Julie and I made it to the United Center for Game 2 between the Chicago Blackhawks and the Boston Bruins. I of course was hoping for a different matchup but alas this would do. The Blackhawks looked good out of the gate but just didn’t capatilize when they had the oppurtunities in the first period. Similar to Game 1 this went into OT but the Bruins came out on top when Daniel Paille scored about halfway through the first OT period. I’m pretty sure I’ve seen Jaromir Jagr play for each of his NHL teams except for the Dallas Stars. I missed him in the Stars jersey by just 2 weeks. The Stars were coming to the United Center on April 16th and he was traded to Boston on April 2nd.

Jagr was by far my favorite player for more than a decade but after he signed with the Flyers last year I finally got rid of my jersey.